Mini Pancakes’ annual tour of Italy starts again. As in previous years, we participate under the name Mini Crepes Olandesi in the European Markets of Fiva Confcommercio that are held all over the country.

The Italians love our mini pancakes. In September 2013, a local newspaper in Rovigo headlined: ‘Everybody is crazy for mini pancakes’. It concluded we are the symbol of the market for the local youth.

Mini crepes in over 25 cities

From early March until early November, with a summer break in July and August, Mini Pancakes will be visiting over 25 cities in Italy. 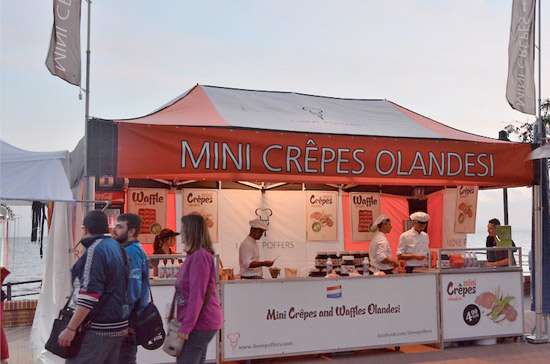